What is Alpha Lipoic Acid?

Alpha Lipoic Acid, better known as ALA, is a naturally occurring sulfur-containing compound found in the human body. It plays a major role in helping with energy production within the mitochondria, which are our energy-producing cells (1). It has been a topic of interest as of late due to it’s antioxidative properties, which emerging research suggests may have some positive effects on chronic diseases like diabetes (1, 4, 5).

Antioxidants are powerful substances that protect your body against free radicals as a result of cell damage or oxidative stress within the body. We accumulate free radicals as we move through our activities of daily living but harmful free radicals can also build up in the presence of chronic disease and can lead to worsened outcomes (2). Antioxidants work hard to prevent this build-up and can help us to limit the toxic load that our body endures. Our bodies make antioxidants, like ALA, however, they can also be found in foods like blueberries, raspberries, kale, and even unsweetened dark chocolate (3, 4, 5). ALA is known to enhance the enzymes that promote our internal antioxidant-making capabilities (7).

While ALA is available from some whole food sources, the latest research has focused on the supplementation of synthetic ALA and the benefits that it may provide (4, 5).

ALA is known to have antioxidative and anti-inflammatory properties, both of which are protective against some of the complications that may come along with uncontrolled diabetes. Emerging research has started to show the effectiveness of ALA in treating general diabetic neuropathy as well as peripheral neuropathy, both complications of uncontrolled diabetes (4, 5). Nerves are present in many systems in the body, those that control movement and sensations are called peripheral nerves. The nerves that are involved in automatic functions including heartbeat, bowel functions, and sexual responsiveness are called autonomic. When diabetes is uncontrolled and nerves are exposed to high levels of sugar for long periods of time they can become damaged and misfire.

Several randomized, placebo-controlled, clinical trials all taking place generally over a 3-5 week period of time have shown supportive evidence that oral supplementation of ALA is beneficial in reducing oxidative stress, improving blood flow, decreasing pain, limiting numbness, and the loss of sensation (5). Many studies have explored the use of intravenous ALA supplementation, which result showed to be beneficial for symptom reduction in diabetic neuropathy, and while the evidence for oral supplementation is promising it is not quite as strong (5, 6). Some studies have also been shown to support that ALA plays a role in improving insulin sensitivity, lowering blood sugar levels as well as blood lipid levels (4).

ALA is found in animal-based food sources like organ meats and in many plant-based foods including broccoli, Brussels sprouts, spinach, peas, rice bran, yams, potatoes, tomatoes, carrots, beets (1). However, most food sources contain ALA in small amounts. When consumed in the whole food form the ALA is bound to proteins and only about 30% of the free lipoic acid is absorbed once it is broken down. When consumed as a supplement the ALA is in the form of free and unbound lipoic acid, which is more readily available for absorption (5). It is recommended that generally healthy people consume no more than 200-400 mg/day (7). However, studies have explored the effect of treatment doses ranging from 600-1800 mg/day. Currently, there is not yet conclusive evidence to support a definitive recommendation regarding optimal dosage for supplementation in the treatment of comorbidities in relation to diabetes (7).

Side effects have been shown to be rare in doses under 600 mg/day and have increased in doses beyond that when approaching upward doses of 1200-1800 mg/day (7). Side effects include gastrointestinal issues like upset stomach and nausea, in addition to dizziness, and skin rash (1, 7).

HOW TO INCORPORATE ALA INTO YOUR DIET

First, before starting on any new supplement or drug be sure to consult with your primary care physician in order to confirm that there are no concerns regarding interaction with your current medications. ALA can be incorporated into your diet by ensuring that you consume a variety of whole foods inclusive of fruits, vegetables, whole grains, nuts, and seeds.

The research on ALA and the efficacy as a treatment is promising, however, further research is needed to ensure the safety of ALA as a stand-alone treatment for complications from diabetes including diabetic neuropathy. While it should not be utilized as a treatment, it has been shown to have beneficial effects on insulin resistance, blood sugar levels, and lipids and can be safely incorporated into a well-rounded diet rich in healthful whole foods. 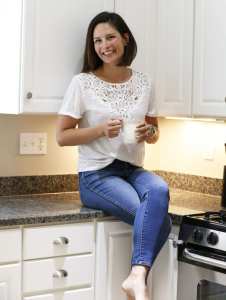