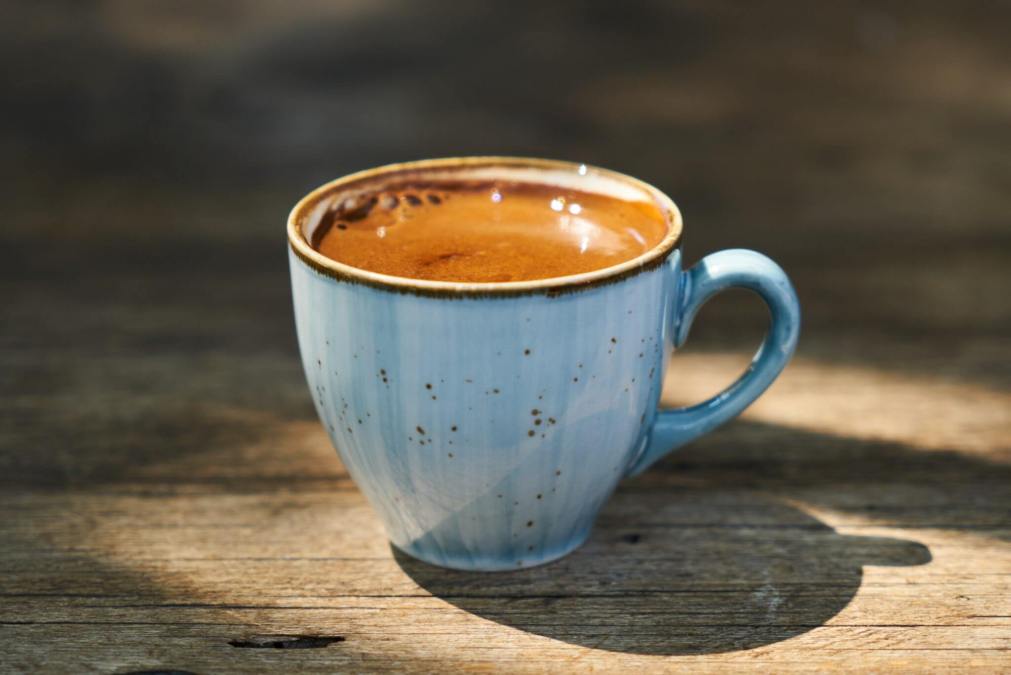 Is Drinking Coffee Good For Me?

Following water, drinking coffee is the most widely consumed beverage consumed worldwide and if you didn’t already have enough reasons to love your morning cup there is a growing list of health benefits as well.  Studies have shown that coffee may have health benefits beyond its beloved pick-me-up including reduced risk of type 2 diabetes, boosting beneficial gut bacteria and improvements in cognitive function.

The acute impact of caffeinated coffee is well known for it’s blood sugar raising effect which is thought to be related to an insulin resistance caused by caffeine.  For individuals with existing diabetes, this may make blood sugar more difficult to control however growing evidence supports coffee’s potential protective effect for the development of diabetes.

The exact underlying mechanisms for this are still being investigated but the impact of caffeine does appear to play a role.  A systematic review published in the Journal of the American Medical Association examined results from 9 cohort studies and concluded there is significant evidence to support the hypothesis that regular coffee consumption has a protective impact on the incidence of type 2 diabetes.  Prefer your coffee decaffeinated? Results published in the Annals of Internal Medicine found a “modest inverse association between decaffeinated coffee and risk for diabetes”. Some of the protective effects is thought to be related to the high antioxidant content of coffee.

It’s well known that red wine, fruits, and vegetables are sources of antioxidants and may reduce the risk of diseases such as cancer, cardiovascular disease, and diabetes but you may be surprised to know that coffee is actually the richest source of antioxidants in the typical western diet. 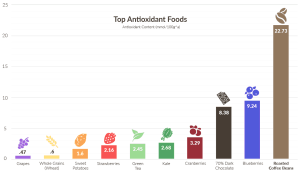 A key ingredient is a group of antioxidants known as chlorogenic acids or CGAs. These components protect you from damaging free radicals. Free radicals come from normal metabolic pathways in the body but also accumulate from outside factors including, smoking, air pollution, and industrial chemicals. Antioxidants, including CGA,  eliminate these oxidizing molecules in the body. That’s why they’re called “antioxidants”.

Gone are the days that we look at the gut as just a place to absorb nutrients and water from meals.  It’s now known to be home to most of the microbiome (made up of bacteria, fungi, protozoa, and viruses) that outnumber our human cells 10:1. The microbiome works to support our immune system, helps with the synthesis and absorption of vitamins and may have a protective effect in the development of chronic diseases like diabetes.

Studies examining the microbiome have started to investigate what we eat and how that impacts the number and type of beneficial bacteria in our gut.  A study examining the impact of coffee on gut bacteria found higher levels of beneficial Bifidobacterium. It appears that the polyphenols in coffee support the growth of this helpful bacteria by providing a prebiotic or food source.

Should I Be Drinking More Coffee?

Not necessarily.  For individuals who start their day with a cup it’s nice to know there are a few additional perks beyond the caffeine, but not yet enough evidence to universally recommend.  Another piece to keep in mind is the total daily intake of caffeine.  The FDA has cited 400 mg daily as safe for most healthy adults. As a reference, you can generally expect 100 mg of caffeine per 8 oz cup of coffee but this can vary depending on the roast of the bean (lighter roasts have more caffeine) and strength of the brew.  One final piece to consider when evaluating your daily coffee is what you’re adding to it.  While the evidence for benefit is significant these can be blunted by adding large amounts of sweeteners and creamer.